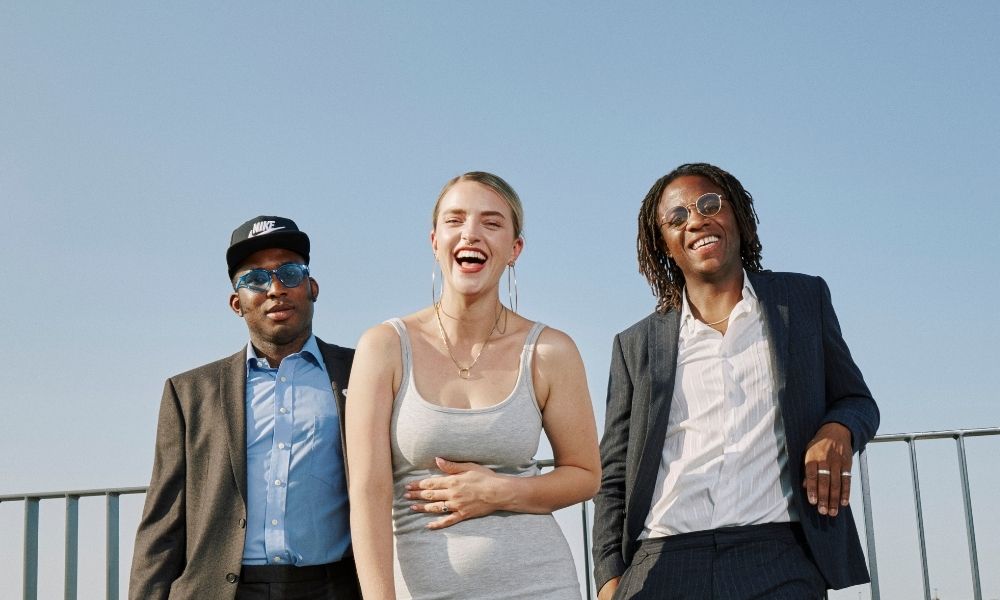 A Song for East Sussex – interview with Ned Archibong

A Song for Us celebrates our communities and the power of music to bring us together. A nationwide project, Sound UK has commissioned Normanton Street, in partnership with Brighton Dome, to write a new song inspired by the people of East Sussex.

Ahead of the premiere, we caught up with composer Ned Archibong, guitarist, bassist and vocalist with Normanton Street and co-founder of Brighton-based label and events company QM Records, to find out more about the new song, The Last Time I Held You, and Ned’s connections to East Sussex.

Can you tell us about your links to East Sussex and what it means to you?

My links to East Sussex began in September 2011 when I moved in with a few friends to No.1 Normanton Street. We subsequently started a band named after the street we moved to. East Sussex has been a home to Normanton Street and QM Records for years now. It is a creative city with lots of creatives attracted to live and to work here. It’s a very transient place with people coming and going, creating a really exciting energy, which we like greatly.

Can you tell us about the inspiration for A Song for East Sussex?

The song was inspired by lockdown, the views of local residents and how people were feeling. This informed the vibe and some of the words within the song. We took a really collaborative approach to the song, calling on our friends and fellow artists – Aflo. the poet and MC Bobbie Johnson to lend a couple of verses to the track.

This has been an incredibly difficult time we’re all living through. What have you learnt about yourself in the last 18 months? What keeps you positive? And how important has creativity and music been to you?

Over the last 18 months I personally learnt that life is precious. I really took time to chill and analise how my music, business and personal life was going. I was able to chill – for the first time in a long time and plan ahead.

Obviously, it was tough too as the industry I’m in is based on people gathering, thus we had to deal with a lot of work-related anxiety. Some of the questions I was grappling with was how do we move forward? Where are the future income streams? I’m still on that journey now. What kept me positive was family and friends. Putting everything in perspective really helps.

I was able to play music for the sake of it again during lockdown. I re-found my love for writing songs and impatiently waited for when the band could play again.

A Song for Us encourages creativity in everyone. Do you have any tips or words of encouragement for people wanting to create their own song?

My tip for people who want to create their own song is to go for it. Write down the first thing that comes to you. It’s trial and error. Don’t be afraid to try. It’s really to collect your thoughts and put it in song form. It’s healthy.

The public are also encouraged to share their favourite tracks to the music map, tracks that comfort, celebrate, commemorate or simply sum up this time. What track would you choose and why?

I’d probably choose something old school by Mc Fadden and Whitehead – Ain’t No Stopping Us Now. It gives me motivation and energy to get through any difficult circumstances.

Can you tell us about the local musicians performing your new song and how these collaborations came about?

Yeah, Bobbie Johnson, a Brighton based MC, is on the song – she’s such a good lyricist so we approached her to get involved.

Aflo. the poet is a renowned local poet who also features on the track. She’s a Brighton-based spoken word artist, activist and academic who embraces creative expression to disrupt the status quo and inspire social change. AFLO. uses poetry as a vehicle to address hard-hitting topics, particularly racism and mental health, and has performed to crowds of thousands at Black Lives Matter protests and other demonstrations in Brighton and beyond. She has shaken up the scene with her ever-evolving project and collective, AFLO. and the poets.

And we will be joined by pupils from Varndean School Choirs, conducted by David Berliner.